Back to all posts

Nick Ciampi has gathered a boatload of local folk musicians to share their tunes at Going Local this Saturday night.  Still Married will play at 7.  Other folkies on the bill include:

Craig and I will debut The Redding Song at this event and we are excited to be sharing a couple new duets from our upcoming CD, Whiskeytown Roadhouse. 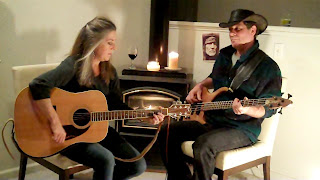